The first Willington Arts Festival was held in the spring of 2008, although the planning had started back in September 2007 when a group of local people (artists, craft workers and art lovers) got together and decided to create a festival which brought art, crafts, music and performance to the village.

It was a gamble, to say the least, requiring the commitment of many hours planning, the investment of their own money to secure venues and workshop artists, and much goodwill in persuading other local artists that it was a good idea!  Now in it's tenth year it has proved to be an important event for the village and south Derbyshire artists alike.

However, times change, and for a number of reasons we have altered  the format for 2018, did away with the two day festival weekend in May replacing it with a one day event in September, combining a number of activities and exhibitions.  We again staged two concerts and took part in the Willington Carnival where we launched the book "Picture a Village" containing photos of the village taken during 2017. Our activities  ended in November with a Try or Buy event, encouraging people to try a new skill and perhaps even buy some early Christmas presents.

​It was still a busy year but the events did not clash with some of the larger local events and it was a lot less stressful for the organisers.  It looks as though 2019 will be much the same, but 2020 could be busier again !! 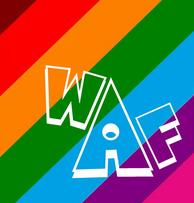 The emphasis of the event has always been on getting people involved, be it painting, drawing, pottery collage, weaving, knitting, graffiti and music. Many of the workshops and special projects have been aimed at the younger members of the community, and are free of charge, encouraging them to learn new skills.

Music has been central to the festival and concerts have ranged from solo guitar and harp to classical string quartet and folk groups to big band; providing something to meet all tastes.

More recently the festival has joined forces with Mercia Marina to hold an annual art competition which is advertised nationwide and has received entries from across the country, further extending the festival's influence.

Originally conceived as a village festival "Arts in Willington" has now grown into an important event on the local arts calendar, meeting its original aim of providing opportunities for local people to get involved in the arts, as well as attracting visitors to the area from all over the Midlands.

The emphasis of the festival has always been on getting people involved with art and 2017 continued that theme with a weekend of activities for all ages.